The Importance of Using a Phone Line Locator

It is amazing to realize just how far we’ve come since the telephone was invented by Alexander Graham Bell more than 140 years ago. In the beginning, a phone line served just the one party on each end, but eventually central interconnection facilities made it possible to streamline that process. The cables used for phone lines have changed drastically since they came on the scene in 1877, and the most recent shift has been from aerial phone lines to underground placement. 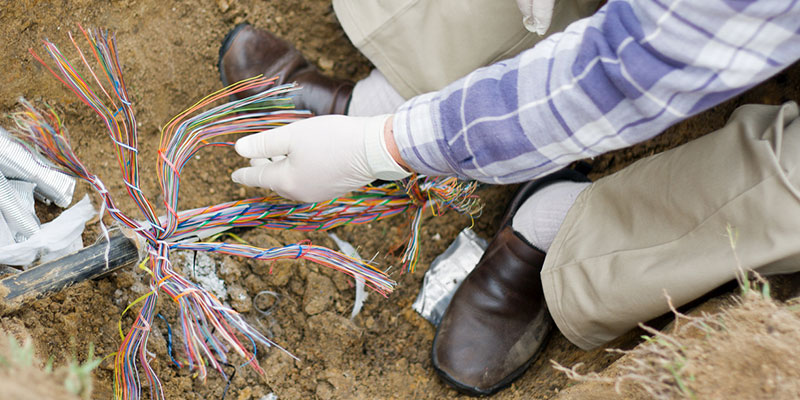 While underground placement has reduced outages because the phone lines are no longer at risk by falling trees, automotive accidents with telephone poles, and other such dangers, they are in danger from those who ill-advisedly decide to dig or excavate without first calling a phone line locator.

Sometimes breaches can be very disruptive, such as when thousands of people went several hours without landlines, internet, and mobile service in Quebec in 2017 because of a damaged fibreoptic line. Had the construction company utilized a phone line locator first, there wouldn’t have been a breakdown of emergency communications, lost revenue by businesses, and disruption of airports, just to name a few of the issues that having an infrastructure come to a screeching halt caused.

If you don’t want to be the cause for such a disaster, not to mention avoid a costly telephone cable repair, take the time to reach out to our professionals here at Okanagan Utility Locators. Our owner has more than 40 years of experience within the utility industry, and we have a positive reputation as reliable underground utility locators. As your phone line locator, as well as a locator of other underground utilities, we can keep you safe, as well as the community in British Columbia where you have a project about to begin. Call today to schedule service.

Effectively plan your project and preserve your worksite’s safety by turning to us at Okanagan Utility Locators for reliable utility locating services in the Armstrong, North Okanagan and Shuswap regions of British Columbia.